Kylie Sven Opossum is the tritagonist in the film Fantastic Mr. Fox. He is Mr. Fox's best friend and personal assistant. He works as the superintendent of Fox's tree house, and a minnow fisherman on the side. Kylie is voiced by Wallace Wolodarksky (credited as Wally Wolodarksy).

Kylie is an overweight opossum with short stature. He has dark eyes and a scruffy light grey furred complexion. His apparel consists of a common fisherman's vest and shorts, with a matching fishing lure decorated hat.

Kylie first appears at the tree house being surveyed by Mr. Fox. He's busy working as a kitchen sink, when he's scolded by Stan Weasel, the estate agent, for being present in the company of a client. Regardless, Mr. Fox welcomes Kylie's presence and accepts a freshly-caught minnow from the opossum. After Mr. Fox acquires the tree, Kylie stays for maintenance duties. When Mr. Fox soon feels the need to steal from the farms of Boggis, Bunce and Bean, Kylie is recruited into assisting him with all three heists, despite protest.

After the Fox family is threatened by the vengeful farmers, Kylie accompanies them into digging deep into the earth to avoid being killed. They are met by Mr. Badger and other woodland animals whose homes have been destroyed. Kylie mostly keeps to the background, though he breaks the fourth wall in one scene to answer a question by Bunce regarding how long can foxes survive underground without food and water.

He's referred to by Mr. Fox as an 'incredibly nice guy', but he doesn't have any special talents. He is, however, available and ready to do anything that Fox drags himself into, and does what he can to help. Kylie is shown to get 'zoned out' on several occasions, either randomly or after a traumatizing event, such as getting swept away in a flood of Bean's cider. When he does get zoned out, his eyes turn into comical swirls, as if he were hypnotized, and he remains mostly motionless, much like a real opossum.

Even Kylie is unaware of any special traits or strengths that make him a useful asset to Mr. Fox. However, he maintains good credit, as shown by possessing a high-qualifying credit card. As a mild weakness, he has astraphobia (fear of thunder), though such an ocassion is never displayed in-film. 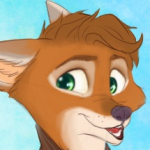 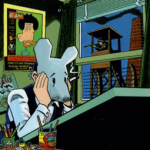 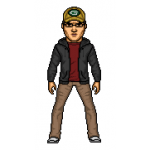